What a wonderful day!

Out of the darkness into the light

It’s the last day of April 2021, I came out of the darkness a couple of weeks back and met a client for coffee and had a couple of beers at my local The Prince of Wales (outside of course) but then slipped back in for a couple of weeks letting the pandemic fade a little further. Because it was a bank holiday weekend I decided to arrange to meet someone on Friday morning and add an extra day to the holiday.

My friend David had challenged me to a game of table tennis in St. Annes Wells park and was surprised when I accepted the offer. I played a lot of table tennis in my youth and became pretty good at it so it seemed like a fun idea to see if I could still hit a ball (40 years have passed).

On the way to the park I spotted a couple of beautiful cherry blossom trees and these trees became a bit of a theme for the day. 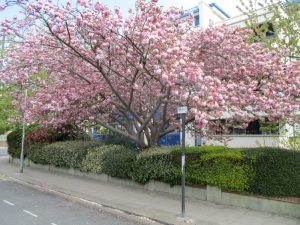 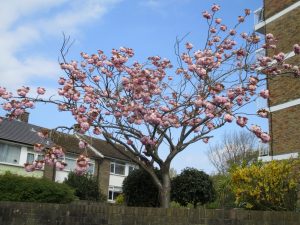 Once I reached the park we met up and had a nice coffee and chatted away. Then it was time to see how those table tennis skills were. Suffice to say I’m not going to be playing for England anytime soon but every once in a while I hit one like the old days and some of the muscle memory seemed to be there so more practice might see an improvement. We managed to play for a good hour before the fatigue started to appear (I’ve been shut in a flat for more than a year!). 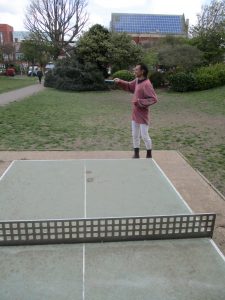 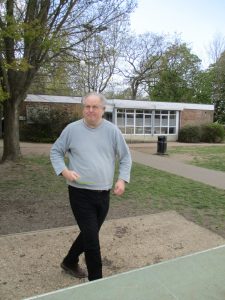 Time for more coffee. A couple of drops of rain appeared and this suddenly turned into a downpour, fortunately there was a nice big tree near by and so we all sheltered under it until the rain left. 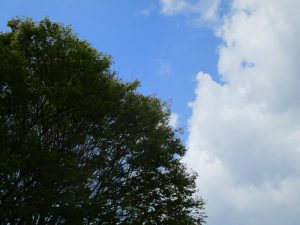 I needed to go to Seven Dials to pick up a prescription from my Pharmacy but took the long way round the park to photograph more trees and this proved useful as I discovered The Sussex Peasant guys and so was able to purchase a couple of sausage rolls for later and some nice fresh bread. 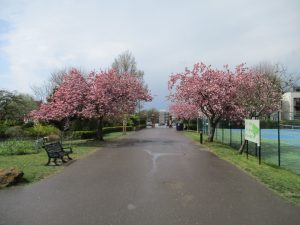 There was a final tree photograph to be taken before we got to Seven Dials and the Pharmacy. 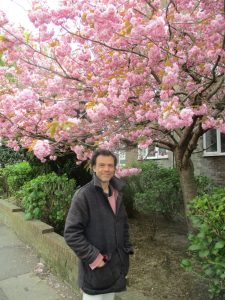 We then walked down towards the sea to the Mad Hatters Cafe where we like to sit and chat and watch the world go by, nice to see it open a little (can’t go inside yet). 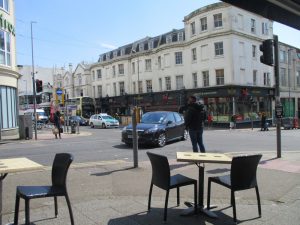 Nice cup of red berry tea and it was time to go home! Thanks David lets have a rematch on the table tennis.