A lament for Ipswich my retired Dell Dimension 8300 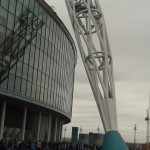 To begin with though we met in The Cyclist on Brighton Station, I was pleasantly surprised by this venue and will use it more in future. We then split up with one half buying bacon butties and the other beer. The train journey rather helpfully provided an appropriate time to consume these. After that I remember a fair amount of laughing, drinking beer and taking the piss out of ‘You’ll never walk alone’ who took it well I thought, as we crossed London hitting The shakespear – Victoria and Victoria and Albert – Marylebone along the way to Wembley. 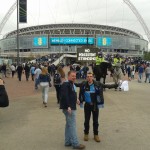 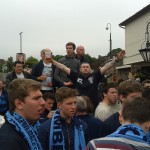 ‘Chip butty’ took over the task of scout once we got to Wembley until we quickly realised he couldn’t scout for toffee and began to check his home work only to find we were walking in totally the wrong direction. Having turned him around we eventually found a suitable pub for more beer The Crock of Gold and after that another pub The Torch for more beer. At which point we found the Wycombe massive finally. Before we knew it, it was time to get to the ground and some needed feeding. So walked to the ground taking pictures as we went, ‘Zebra’ still happy and optimistic at this point. Burgers were purchased just outside the ground and there were sharp intakes of breathe at the price needless to say. 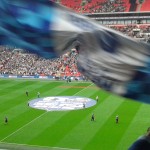 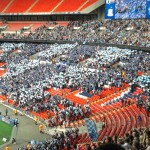 Into the ground. Excellent seats provide a great view of the spectacle to come. ‘Zebra’ starting to get a little pensive but generally still positive at this point. Wembley layed out before us seemingly smaller than I had imagined. Actually, better than I had imagined, with the ground enclosing the pitch to create a great atmosphere when there’s a good crowd. A modern day amphitheatre well suited to the drama to follow.

Kick-off. Wycombe v Southend. An entertaining first half swung both ways with Wycombe edging things slightly by half time. More food for ‘Chip butty’ who seems to have a worm he needs to feed constantly. Second half was more even, no goals, although Wycombe could have finished it late on. ‘Zebra’ getting pretty fidgety by now. 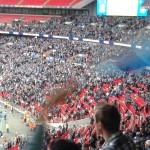 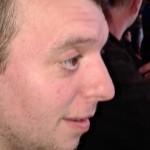 First half of extra time and there it is, Goal!, Wycombe take the lead excellent freekick and now just need to hang on. They immediately start rushing the ball to the corner and wasting time at every possible opportunity, ‘zebra’ not happy with this at all. Time burns down and the Wycombe fans start to believe but fatally they sing ‘You’re not singing anymore’ at which point I knew what was coming and in extra extra time time Southend equalise. ‘Zebra’ fights back the tears, ‘chip butty’ wakes up and ‘You never walk alone’ keeps his council out of respect. Its down to penalties now.

Penalties. Again first blow is struck by Wycombe with Southend missing one and Wycombe need to score three penalties in a row to win. They don’t. More penalties. Culminating in Southend players rushing across the pitch (although it seemed to me to be happening in slow motion) and silence around me. Defeat. 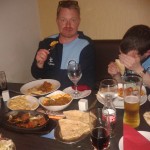 We exit the ground and decide to console ourselves with more food and beer. Wembley Tandoori is chosen and food, after match discussion and beer (or JD & coke) follows. It seems to go down well and spirits pick up a bit. Time to make our way home starting with getting to Victoria. At which point ‘Zebra’ and ‘Chip butty’ go one way and ‘6fish’ and ‘You never walk alone’ go another.

Many thanks to ‘Zebra’ for the experience, much appreciated despite the outcome. There’s always next season ‘Zebra’ as the dad will have told his crying son in front of us (the lasting memory of the day, a lifetime of football disaster and joy ahead of him). Thanks also to ‘Chip butty’ for amusing us all just by being ‘Chip butty’ and thanks to You’ll never walk alone also.