An accidental tourist in Brighton

The year started as they normally do, New year was over and suddenly its January. Traditionally I’m VERY busy at the start of the year and Twenty Twenty was no exception. January was washed away trying to prepare accounts and get the tax man off my back. February became a desperate race to invoice my clients for their annual maintenance contracts on their websites. All the time of course trying to update peoples sites and get on top of the to do list. Soon February was gone the invoicing had been done and I was settling in to the task of reducing the to do list and then March came. 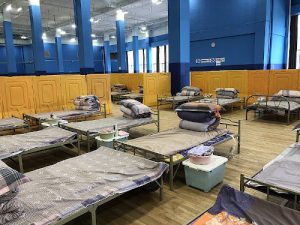 From the beginning of the year we had heard about the epidemic in China. The Chinese government had effectively shut down an entire City and everyone speculated about how heavy handed this seemed and how it would be impossible to do such a thing in the West. At one point they even built a new hospital in a matter of days which seemed very impressive at the time.

Slowly but steadily the noise about this epidemic grew louder until the first documented case appeared in the UK and quickly afterwards someone in Brighton had it and all of a sudden something that was just a news story about China became a reality in my own City. It was at this point I had to make a call as to whether I should visit my mum over Easter. I needed to make the call early because the train tickets would need to be made in advance. Things didn’t look good and I concluded it would not be wise to risk taking this virus to my mums house and so I called her to let her know I wouldn’t be coming.

Things started to move quickly now. More cases appeared in the UK and suddenly the government began to show signs of activity. Sporting events were the first to come under scrutiny and although scientific advise was to let them continue conversations were beginning to be had about how long this could go on. It was a matter of days before it became obvious that they would all have to stop and a steady stream of announcements was made as each sport cancelled their particular tournament or event. This would finally conclude with the announcement that the Olympics would be delayed for a year.

In the meantime I went to my weekly snooker match with Aron as usual. This level of activity was as yet unaffected and so we played what proved to be our last game and I had what proved to be my last after match Greggs sausage roll for a very long time (I’m assuming at this point see future posts).

Almost a week passed when a friend (Russell) contacted me suggesting we get together for a coffee. It still seemed relatively ok at that point and so we decided to meet. However, in the time it took to arrange the meeting all Cafes were ordered to shut and so we switched the venue to my local pub The Prince of Wales. We met in The Prince of Wales and both of us had taken the opportunity to do some shopping before hand (seemed wise at the time and proved to be so). Having had previous experience catching flu in a pub I advised we drink only beers from bottles (This also proved wise). We had a nice chat and a laugh with the landlord Trace and all elbow shaked for what we thought would be the first time but actually it proved to be the only time (as it turned out). Then it was time to go home and when I woke up the next day the world had changed..