An accidental tourist in Brighton 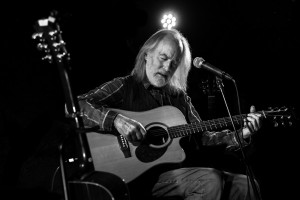 Off to see Roy Harper at the De La Warr Pavilion, Bexhill. I jumped on the train at Brighton and I’m happy to report it set off on time. Just an hour to go until I’ll be at Bexhill.

Had one of those encounters that happens on trains sometimes. Usually I have it with a woman, sometimes kids, but this time it was a young man. He needed me to unfold my legs to take his seat and we had a little fun while I tried to do that (not an easy task any more). I was reading a newspaper which eventually I finished and after a little while he asked if he could read it and we had a little joke about the fact I had taken a page out of it (can’t say why its a secret!). All of this minor stuff is leading up to the fact that as he got up to get off the train he turned and smiled and said have a good day. I wished him a good day also and couldn’t help thinking what a nice young man. The reason this interaction registered with me was that I felt a shiver down my spine as two generations crossed paths and politely exchanged the time of day. I wish him well with the rest of his life!

Arriving at Bexhill I couldn’t get hold of my companion who was meeting me there and so decided to cross the road and have a beer in the Royal Sovereign. This all seemed remarkably familiar until I realised it was a Shepherd Neame pub just like my local The Prince of Wales in Brighton. I’m happy to report I spent a couple of beers worth of time there and the nice young lady behind the bar was pleasant and happily chatted first with me and then also my companion who found me there. After two pints they were starting to taste too good and so it was time to leave before we couldn’t and miss the gig!

A pleasant walk down to the seafront and then along the front to the De La Warr Pavilion and we were in position. But before the gig we decided to have something to eat and so walked around the corner to Marino’s fish and chip shop/restaurant. Very much enjoyed eating in here, a small but pleasant restaurant and the staff were very attentive. We enjoyed our food and can highly recommend this location if visiting the De La Warr Pavilion.

Roy Harper is seventy eight now and each time he tours he threatens it will be his last and sure enough one of these years he’ll be right. For now though he’s not looking near to it. His voice is still strong and its astounding that a man his age can perform to this standard still. A mixture of old and new the first half of the gig was electrifying, particularly with the elephant in the room (his relatively recent court cases). I for one was awaiting a response from him and sure enough he had written a song for just such a moment. Fierce and yes angry, he gave his side of the issue in the best way he knows how. I stood to applaud because I understand what he must have gone through and the song told that story. Its impossible for me to know the rights and wrongs of the case but if I’ve learnt anything about the law it is that you must trust the jury in every case. He was found innocent and had all other charges dropped and that must be good enough for us all.

The second half of the gig was a little looser, clearly Roy was tiring a little. That said the standard was still high and in this half he managed to do something only Beth Orton has previously done. His sound drawing me down as though under water and transporting me elsewhere before slowly raising me up to the surface and back to reality.

On a couple of occasions lately I have found myself at the end of the rainbow and this gig was one of them so thanks Roy and thanks also to Jason for being there with me!